Incognizant, as newborns are, I was unable to appreciate the warmth and security of being held in the strong arms of my 10 year old brother, Lowell Ross Noorlun.   While his tender, quiet eyes looked down into my infantile face, it is very likely he was beaming over God’s gift of a new, one and only, little brother.  Even as the January blizzard, that I was born into, threatened outside our Living Room windows, it just couldn’t dampen the coziness and joy that my immediate and extended family enjoyed with this second little Norwegian Noorlun boy arriving on the scene.  From January 14th, of 1954, till the 26th of February, big brother and I were a mere 10 years apart.  But then, he matured into a mighty 11 year old boy and the stage was set for growing in love with my very own Veteran’s Day Hero…….11 years my senior.

Between our father, Russell, giving us hayrides, to dear brother Lowell blowing bubbles to make me laugh; I just knew that my elder sibling (and precious elder sister) would always look after my best interests as I explored what this new adventure called life had in store.

Being the first-born of our family, big brother Lowell did his very best to meet the standards that our parents placed upon him in godly traits, work ethics and practical knowledge of how to help our parents take care of our family farm.  Big brother became so adept at working our little Farmall B tractor, that, one time, when it appeared he was stuck in the mud of our cowyard, I saw him maneuver that tractor (and a full load in the manure spreader) OUT of that bog by using the left brake and then the right brake to actually “walk” that little red Farmall right out of the mud and onto dry ground.  I stood there in awe of his prowess.

Not only did I literally look up to my big brother, but I also looked up to the fine example he was of a role model for me to emulate in my young life.  Even when it came to holidays, back in the sweet days gone by, big brother shined forth as my exemplary role model.   Our Uncle Del Sletten’s home, in Albert Lea, Minnesota, was like a castle (to me, at least) and oftentimes our entire clan was gathered there for Christmas parties.  Aunt Ilena would play piano and there would be big brother, big sister and our cute cousins, the Smith girls singing while Uncle Del blinded us all with his super bright movie camera lights.   Rosemary held a beautiful candle in a brass candle holder while Lowell, and his foursome, sang the classic Christmas carols for the Yuletide joy of parents and grandparents alike.

As I gained year upon year, while a growing boy, so also did brother Lowell grow more and more handsome as he entered his High School years.  I counted it a pure joy to be in his shadow wherever he went if he allowed me to go with him.  When he worked for Field’s Super Market, there in Kiester, he had to drive a large box truck to a far city to get a load of fruit, vegetables and canned goods for the store.   He woke me up, at the crack of dawn, so that I could have the pleasure of riding along with him.   AND, at the end of that day together, he gave me my very own caramel apple to enjoy.  I was in kid heaven!!!   On another adventure, my “young father” invited me to a Minnesota Twins baseball game that was being played wayyyyy up in the Minneapolis/St. Paul area.   My obedient behavior that day garnered me my very own reward from brother of a baseball glove AND an official “Twins” batting helmet.  Needless to say, I adored the ground my Veteran’s Day hero walked on.

The only thing consistent in life is change.   That change happened not long after our beloved brother graduated from Kiester High School in 1961.  Lowell enlisted in the United States Air Force and, the next thing you know, our farm home, farm yard and farm life seemed oh so empty with him no longer among us.  My daily hero, who had been an integral part of my daily life since 1954, was now gone from my life.  What a void I felt……at least for a while.  But then, I heard all the excitement brewing when news came that my hero was coming home for a visit after completing his Boot Camp/Basic Training.   MY, MY how handsome he was in that dashing blue Air Force uniform!!   And those service shoes he wore, well, they sparkled like diamonds, they did!!  His time at home was joyous!!!  Soon, though, it was time for his obedience to orders as he boarded bus, train and plane as he made his way north to his new destination which was to be Eielson Air Force Base near Fairbanks Alaska.

As our patriotic brother settled into life there at his base home in Alaska, Lowell began to send my little sister, Candice, and I gifts from time to time.  The gift that I still have from all those years ago is my very own “dog tag” that said I was a “The Big Man”.   The metal tag even had our farm home phone number stamped on it…..Axtel 4-3415.  I proudly wore that “dog tag” for the longest time!   Brother Lowell was never much of one to write letters, so, what he did was……..he bought and sent our family a small, reel to reel tape recorder.

Lowell had his own tape-recorder there on base in Alaska.   He’d record a “letter”, so to speak, and then send the tape home to us in Minnesota.   We’d enjoy his voice and then record our own message to send it back to him in Alaska.

Overall, our big brother very much enjoyed his time serving our nation in the Air Force.  On more than one occasion, I recall him saying, “I had the best!  Uncle Sam puts food in my tummy, gives me a place to sleep, clothes to wear, money in my pocket and I even get to travel, too!!  Just can’t beat a deal like that!!!” 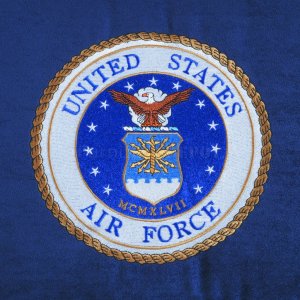 Over the many years, this Veteran’s Day hero of mine has truly been like a young father.   He’s encouraged me, played with me, protected me, confided in me, and sometimes he even chastised me, too.  Yet, I wouldn’t trade my Veteran’s Day hero, Lowell Ross Noorlun, for anyone else in the world.  That brother of mine will always have the deepest love and respect of this Norwegian Farmer’s Son.