September 7th…“TELL ABOUT THE PLAYGROUND EQUIPMENT AT YOUR GRADE SCHOOL IN MINNESOTA DAYS.”

Back in those days, we had a REAL playground!!!  None of this namby-pamby, woosy  plastic junk they call playground equipment nowadays.

We had a metal slide that was as high as Mt. Everest…..at least that’s what I thought.  Just teasing, but you’d need an oxygen mask as you’d reach the top of the ladder climb. 😉  That’s because, the ascending steps and side handrails made ya feel like you WERE climbing a Mt. Everest as you got higher and higher into the open spaces at the zenith of that silver giant.  Then, as you plopped your gluteus maximus down on the launch pad of that metal slide, you’d give a mighty pull with both hands on the rounded side ledges to rocket ya down that puppy at the speed of YAHOOOOOO!!!   As you shot past the slides’ bottom exit point, yer lil butt would resemble a rock skipping ‘cross a pond as you sometimes bounced, repeatedly, upon landing.   As Winter snows took over the playground each year, that same slide took on “speed of light” attributes.  A thick layer of snow and/or ice would “coat” and “grease up” the metal runway of the slide.  Instead of sitting, which would get yer butt wet anyway, I’d hunker down, in my rubber boots, and squat at the top of the slide’s launch pad.  As you ejected yourself from that top platform, you emulated the scene from the old TV show “Star Trek” where the “Star Ship Enterprise” kicks into warp speed and just slices outta sight!!!  Wahhh HOooooooo!!! 😉

The little ones of today can all start being jealous now, because WE had a REAL merry-go-round on OUR playground!!  At times, the kaleidoscope of student’s colored clothing, coupled with the hyper-speed of kids pushing it faster, made the merry-go-round become a spinning  blur that took on the classic look of the “Spinning Top” toy of long ago.

There WAS the day, though, when fun on the merry-go-round turned into momentary horror ……..actually, more like torture!!  I was one of the “pushers” that day, along with two or three other guys.  The merry-go-round was packed with fellow classmates and us “pushers” were beginning to accelerate the speed of that playground equipment to a centrifugal warp speed when, all of a sudden, I tripped and fell beneath the peripheral outlines of that equipment.  Seemingly hundreds of young feet and legs were hammering my head and back incessantly!  The clobbering I took was painful and after what seemed like forever, I was finally able to roll out of the path of the pummeling, podiatric power plant and take an “Excedrin” moment of recovery.  Yowsa!! Did that every HURT!!!

Of course, what playground from the good old days would be complete without the ubiquitous Monkey Bars!!  That mountainous, sky-high assembly of metallic fun was great to conquer as we’d envision ourselves as cavalry soldiers of the Wild West and that apparatus would become our fort to hold off the attack of savage Indians (or some other formidable foe).  Without a doubt, us mighty midgets of mayhem came up with other game challenges while playing upon that tubular steel frame.  One crazy game we played was “King Of The Hill”!  Intense wrestling matches took place at the top of the Monkey Bars as myself, and fellow challengers, vied to “dethrone” the dude who thought himself to be “King” and resided at the top summit of that crisscross of steel piping.  As sure as a bouncing belch, myself or some other classmate would lose their grip on the pipes and became a “pinball”, of sorts, as our heads and bodies would then ricochet downward from the pulling force of gravity.   Our green-boned bodies were repeatedly bludgeoned as earth’s mighty pull took us down the rectangular maze of pipe squares that comprised that play equipment.   We went biddi-BING, biddi-BANG, biddi-OUCH!!!

If a kid really wanted to “get up in the world”…..all he or she would have to do is plant their bony lil bottom into the seat of a swing on our classic swing set.  A few steps of pushing back with your feet would set you into a gentle swinging motion that you could accelerate into higher pendulums of upward heights by “pumping” with your legs as you’d also pull hard on the suspended chain uprights with your arms.  Eventually, some kids almost became astronauts as they’d climb higher into the stratosphere with each magnificent power pull of their swing as it attempted to lift off from earth’s gravity into the great beyond.

Wintertime proved to be the utmost in fun, when it came to our swing sets.  The vortex of our school building’s placement usually culminated in extra deep piles of snow near the swing sets.  Thick, fluffy, deep drifts of snow just waited for kids to launch themselves from their swing and into the air as they’d reconnect to earth in a fluffing sound of snow beneath them.

There was just something tricky about our teeter totters on that playground.   Maybe it was the inbred prankster in all of us that allows the mischievous side to come out to antagonize or plot to make someone be launched into space by “cracking the whip” of your side of the teeter totter so that the other playmate’s butt is catapulted off the board’s seat.  Orrrrr, I’ve seen more than one “mean widdo kid” jump off his end of the teeter totter to get a devilish grin from seeing his play partner suffer bruised buns when their side of the board slams to the earth!! 😉

Ahhhhhh, for the good old days when playgrounds were made out of metal and wood and proved tons of fun for this Norwegian Farmer’s Son!!! 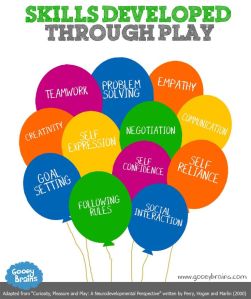