August 27th…“DID YOUR FATHER EVER DO SOMETHING THAT YOU THOUGHT WOULD GET YOU BOTH INTO TROUBLE?”

I guess if there’s a category for the “GULLIBLE GUS AWARD”, I’d be an Olympic Contender!!!  Such was the case in the late summer of 1967.  Our former farmer father had just been hired on to the staff of the Battle Ground School District and was assigned as the Head Custodian at Glenwood Heights Elementary School.

As a teenager of just 13 years, I spent a lot of time with Dad as he learned his new trade of being a custodian during those August weeks before school started session again for the new class year.  One day, we were all by ourselves in the school building and walking down the long, echoing hallway.  Dad noticed one of the fire alarm pull stations on the wall.  He said, “Hmmmm, I wonder what would happen if I pull this fire alarm handle?”  In earnest, I replied, “NO, DAD!!!  It says its a local alarm and it MIGHT be hooked up to the nearby Fire Department!!  We might get arrested for turning in a false alarm!!”   With a twinkle in his mischievous Norwegian eye, that stinker of a dad pulled open that fire alarm station box anyway and set off the enormous fire siren that was right over our heads.

The screaming decibel level of that fire siren just about peeled our ears from off of our heads!!!  “GULLIBLE GUS” (alias yours truly) is freaking out as I run down the hall to see if fire trucks are pulling into the parking lot, yet.  Ohhh my goodness, Ohhh my worry warts, Ohhh ragelsnats boogers!!!

I could, with my overly healthy imagination, envision angry firemen yelling at us both for interrupting their day with a false alarm.  Heck, who knows, maybe the police will show up, then Dad and I’d BOTH be hauled off to jail for toying with such a serious infraction of public safety.

Well, that dear old dad of ours was as “cool as a cucumber” in all of my fire alarm frenzy.   All the while that siren is screaming over our heads, he looked the over the surfaces of the alarm box and noticed that there was a set screw at the top of the red box with a “cabinet (flat) blade” screw head used to open the hinged alarm box.  Dad calmly pulled out his screwdriver and gave that set screw a twist.  Sure enough, the alarm box popped right open on its hinge and revealed a simple toggle switch inside.  Dad gave that toggle switch a snap in the opposite direction and killed that siren above our heads.  By this time, both of our ears were ringing loudly as the siren began to recede in decibels, returning the hallway to its original peaceful condition.

As usual, Dad had the last laugh as he teased me real good about what had just happened!!  And, we also learned that “LOCAL ALARM” was just that, it occurred ONLY inside our own LOCAL building and nowhere else.  It was an embarrassing, funny and learning moment for this Norwegian Farmer’s Son. 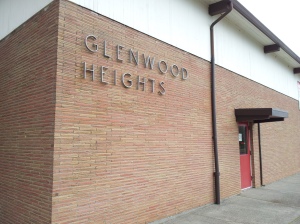