March 28th…“TELL ABOUT AN EXPERIENCE AT A DOCTOR’S OFFICE WHEN YOU WERE A CHILD.”

The rigors of farming often took their toll on my father’s aching back.  To find some relief from the pain, Dad would often make an appointment and then point our family car in the direction of Blue Earth, Minnesota (which happened to be the town of my birth).  Our daddy had full confidence in the treatment he received from the talented hands of a chiropractor there by the name of Dr. Elliott Eugene Collison.

The unique gift this man possessed to adjust my father’s spine was, in every way, extra special in that Dr. Collison was completely blind.  Just think how impressive it would have been for a sighted person to go through schooling to achieve this goal and then to add blindness to that equation makes for a VERY accomplished man.  Our dad spoke so glowingly about this dear person that you’d think Dr. Collison was better than ice cream itself.  Not only did the doctor share his great knowledge in helping our father physically, but Dad also was enamored with Dr. Collison as a person of fine character and a good friend.  This admiration manifested itself in Dad telling the doctor one day, “Doc, if I ever have another son, I’m gonna name him after YOU”!!

Therefore, when I entered this world in January of 1954, I was christened with the name Elliott.  It was our dad’s way of honoring the fine gentleman who brought him, not only physical relief from suffering, but also an abiding friendship.

As I got a little older, our daddy (Russell) decided it was time that I met the man whom I was named after.  So, one evening, after the cows were milked and settled to rest,  my wiggly frame of a boy was invited to climb into our ’56 Chevy with Dad and away we drove into the evening sunset on our way to Blue Earth and Dr. Collison’s office.  Being so little, it was hard to comprehend what Dad meant about something called blindness.  I had two eyes that could see pretty darn good, so what was it like to be “in the dark” all the time?   The doctor’s office was located inside of his home residence.  As we entered the doctor’s home and I shook hands with this tall man, we carried on some “getting to know you” time.  Dad then instructed me to have a seat in the patient’s waiting room while the doctor gave Dad his spinal adjustments.

While sitting alone in that waiting room, I noticed that any kind of publication, whether book or magazines, were VERY LARGE in comparison to what I was used to at our family home or in my Kindergarten classroom at school.  What really puzzled me, though, was that, other than a printed title on the front page, all the other pages in these publications were BLANK with “bumps” on the paper.  No words or pictures or photos!!!   So strange, thought my little mind!!!

Our father was a voracious reader and received a LITTLE magazine at our farm home called “The Reader’s Digest”.  It was a small magazine measuring about 5″ by 7″ in size.  Dr. Collison’s “Reader’s Digest” was humongous and must have measured at least 14″ across by about 18″ long!!!  Now my little boy brain really began to churn to understand why that GIANT magazine had not ONE word or ONE photo inside???

When the two men came out of the examining room, I quickly ran up to Dad and told him of my “discovery”.  “Heyyyy Dad, these books are no good!!!  And there’s something wrong with these magazines, too!!  They don’t have even ONE picture and there’s NO words!!! Just a bunch of BUMPS all over the pages!!”  Thanks to the wisdom of their years and kind patience with this tiny whippersnapper, both Dad and Dr. Collison busted out laughing as my father gently ushered me out the front door of that quaint doctor’s home and towards our car for the trip home to our farm.  For this lil munchkin, the evening had been a new chapter in the lessons of life and learning that not all people see with their eyes, like I did, yet were VERY astute as to life around them.  The dear doctor was blind, that’s true, but it was a very EYE OPENING experience for this Norwegian Farmer’s Son. 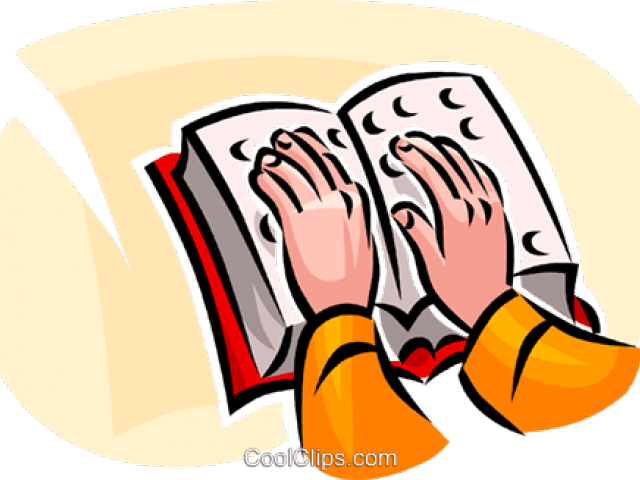