March 21st…“DESCRIBE A FARM CHORE YOU HAD AS A CHILD.”

Proverbs Chapter 1, Verse 8  “Listen, my son, to your father’s instructions……..” and that’s just what we Noorlun children did.  Welll, when it came to this ornery third born….most of the time 😉  But overall, my big brother and two sisters knew that it was just a normal part of family responsibility to “listen to our father’s instructions” and help work on our farm.  The root meaning of the word, chore, comes from the Old English word, char, which boils down to “odd job”.   When it came to seeing our animals fed twice a day, seven days a week, fifty two weeks a year…….now there was nothing ODD about that……THAT was important.

Our wise father decided that some of his corn fields were to remain intact until the stalks and ears dried to a golden yellow in the Fall harvest of field corn.  The remaining fields of corn were taken and ground up fine, while still young and green, for what’s called silage to feed our animals over the long Winter still to come.

Tractors and their wagons full of silage made many, many trips to our silo and unloaded their green cargo into a giant blower fan that shot the loose silage up, up, up a long tube and fell down into our silo.  When the silo was full, we were now ready to let Old Man Winter bring on His winds, cause our dear animals now had lots of food as they cozied up in our barn which lay in the shadow of that silo.

Here’s where my chore for the family came into play.  Daily, it was my job (or whoever Dad assigned) to climb the very tall silo chute ladder to the top of the silo and then crawl through the doorway into the silo, itself.  My job?  Take the silage fork and toss down enough silage to feed the cows for that morning or evening’s feeding.

Staring up in amazement into a cylindrical slice of blue sky from inside our silo, I could see fluffy white clouds skidding quickly across the aperture of my farmboy domain.  The prairie winds blew those white orbs past the cement orifice so fast, that the optical illusion of the silo “falling over” would make me dizzy and I’d lose my balance temporarily.  I felt the need to steady myself on the handle of the silage fork in my hand that was stuck firmly into the silage.  Seven days a week, it was my task (or Dad, or big brother) to forge my way through our handsome old barn and enter a small room that linked the barn to our very tall, cement block silo.

My young legs and arms worked in unison as I climbed higher and higher within an enclosed ladder/tunnel that led to the highest open door of this cement block repository of green delights that our cows enjoyed for their meals.  Since our silo had no roof, the frigid temperatures of Winter and its snows would oftentimes freeze the layers of silage down as much as two feet deep in permafrost……..SOLID, like a rock!  In order to release the green gold of cow food beneath that frozen grip, I would take my pickaxe and slam the pointed end into that frozen maize to break it up enough to then take our large silage fork and scoop forkfuls of silage down the tunnel I had just come through to get way up here.  On some Winter’s evenings, with crystalline stars sparkling above the round silo opening, I’d take a rest from forking and just drink in the magic of the twilight as I’d glance down the ladder tunnel to see the golden glow of the barn lights below me.  Heat, from the many bovine bodies down there would fly up the tunnel ladder and warm the numbness of my half-frozen cheeks while Bobby Vinton could be heard singing “Blue Velvet” over Dad’s barn radio.

Even with our barn doors closed against the blast of Winter’s assailing winds, there ofttimes were whistling gusts of air that would filter through the barn and then fly up the venturi of the ladder tunnel and into the silo where I was working.  There was a quick lesson for me, early on, as I made the mistake of standing right in front of the silo door as I tossed my forkful of silage into the the chute opening, only to have MOST of it blown right back into my face!!!   I quickly learned to stand off to the side of that square portal and THEN toss that silage down the long tunnel to the bottom of the ladder.

When a sizeable pile of this ground up corn lay at the bottom of the silo’s tunnel, I would then climb down and begin filling our metal bushel basket with that green gold.  Each bushel basket was then carried out of the silo room and placed on top of the manger railing to slide down the line for feeding each of our 15 head of Holstein milk cows (and other livestock, too).  Within the confines of that long wooden manger, one could hear the lowing of the cows as they marvelously munched the maize brought to them by this Norwegian Farmer’s Son. 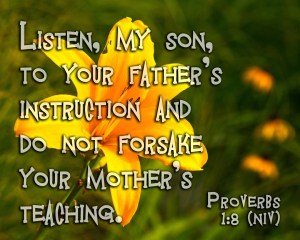