February 15th…“TELL ABOUT YOUR FIRST “DATE” EXPERIENCE WITH A YOUNG LADY.”

An unparalleled palette of Fall colors showed themselves in the leaves that carpeted the lawns in our handsome village of Kiester, Minnesota.  It was October of 1966 and time, once again, for our school’s annual Homecoming celebrations.

Not only were the scents of Fall in the air around us, but there was also the “fragrance” of welcoming home former students to our school campus and community.  A coming home, so to speak, also known across the nation as “Homecoming”.  A flurry of activities and parades were planned each year for entertaining the returning alumni, current students, parents and town folk in general.

Tradition dictated that, each year, a Royal Homecoming King and Queen would “rule” (at least symbolically) over the week long affairs of the yearly celebration.   Band concerts, Pep Assemblies, Bonfire, All School Homecoming Parade and other events would gradually culminate in the yearly football match with our rival school from the town of Frost, Minnesota.

Within this gala of celebrations around our village, there was also an internal celebration, of sorts, within myself.  Over the past year or so, I had mystically morphed from a little boy that thought all girls had germs n worms, to a young man now noticing that girls were not so bad, after all.  Matter of fact, after observing romantic movies and older siblings, I had decided I’d like to try this thing called “dating”, too.   For whatever reason,  I mustered the courage ask Miss Gloria Carlson (the local banker’s daughter) if she would “go out” with me for the evening of the Homecoming Football Game and Dance.  Amazingly, she said yes, so the wheels were now in motion for my first excursion into the world of boy/girl dating.  What do I wear?  What do I say?  How do I act?  HOW DO YOU DANCE????  Ohhh my!!  I could feel the “skinned knees” already, cause I felt like I was going to “fall on my face” with social foul ups!

Gloria’s home was just south of our school’s football field, so it was convenient for my parents to drop me off there.  The fancy doorbell on their fancy house brought her parents to the door and initial social greetings ensued.  Talk about the “blind leading the blind”.  The two of us then bid farewell to her parents as we made our way to the football field and the giant bonfire that was about to take place as the Minnesota sun settled into the farmlands that surrounded the football field.  Like any youngsters, we whooped and hollered for our Bulldogs as they “chewed up” the competition from Frost, MN that night.  As the roar of the local crowd began to subside, we pulled our jackets on a little snugger as we meandered the four or so blocks back to our school and the celebration Homecoming Dance.  Old “Mr. Skinned Knees” here had a tongue as big as a football as I tried to make small talk with Gloria while we listened to the crisp crackling of Fall leaves underfoot as we meandered towards the school gymnasium.

The Kiester High School gymnasium had been regally transformed into a luxurious world of twisted crepe ribbons that hung from the basketball goals that were now raised clear up to the ceiling in the center of the gym.  The resulting effect of this great idea, was a multicolored “tent” look that draped all the way down to the four sides of this place to now “dance the night away”.   A local band provided music for us to enjoy and you could see young couples begin to swing and sway to the pulsations of this grand finale of Homecoming Week.

Not only could I NOT dance, but the school custodians (or dance committee) had sprinkled the gymnasium floor with “dancing dust” (resembled sawdust).  Heck, I could barely stand up on that stuff, say nothing about dancing.   For Gloria and myself, our time on the dance floor was a comedy act from the very beginning.  I tried to impress my date with my wiggles n jiggles to the music played, but I’m sure her smiles were likely suppressed howls at the sight of the banker’s daughter and a very clumsy Norwegian Farmer’s Son. 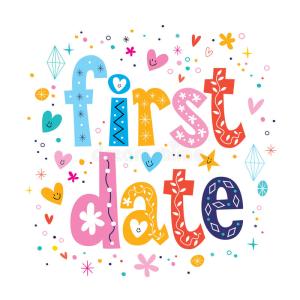