January 27th…“DID YOU EVER HAVE AN IMAGINARY FRIEND?”

If Jimmie Stewart could have one giant rabbit as an imaginary friend….I could have hundreds, right?  And that I did.

It’s not that big brother (11 years older) and big sister (8 years older) didn’t love me, it’s just that they were busy in their own circle of friends and weren’t able to spend as much time with me as they would have liked.  Well, that left me with my little sister to play with.  Here in my adult life, I adore the ground she walks on, but, as was common with most red-blooded American little farm boys…..wellll, girls, in general, had “cooties n germs n stinky perms” and were more of a nuisance than they were worth.

Sooooo, there I was with 120 acres of beautiful farmland to enjoy, a big windbreak of trees around our farmyard and nearby “Brush Creek” to explore.   The “three of us” (me, myself and I)  were gonna turn on the juices of creativity and have some fun.  Reflecting back to those days, rather than mope around about “being alone” for playtime, I give the Lord thanks for bequeathing to me a lucid and vibrant imagination which could conjure up an unending passel of partners for playtime.

There I’d be, “Davey Crockett”, a slinkin’ through our cornfield doing scouting ahead fer Injuns that might attack our farm at any minute.  “Ol Bessie”, my long rifle (which was actually just a long stick) sat in the crook of my arm just a ready to blast them thar varmints from here to Bugtussel.

When Winter dumped its massive snowdrifts around our tree windbreak and yard, my imagination would jump to emulate the brave soldiers who fought in “The Battle Of The Bulge” in Europe during World War II.   Barking commands to the invisible battalion around me, we’d slither silently over snowbanks in order to rid the world of those nasty Nazis.

“Little Lady” (our Shetland pony) was often employed in assisting me with my cowboy pals of make believe.  She and I would ride up into our tree windbreak (which were planted in nice straight rows) and imagine how we were gonna build our own complete western town, just like we saw each week on the “Gunsmoke” or “Bonanza” television shows.

There were countless other adventures in my young days that didn’t need batteries, laptops or cellphones to make magic happen.  All it took were the dreams and fun ideas of this Norwegian Farmer’s Son. 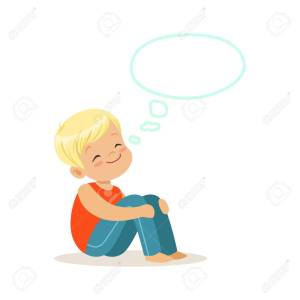