January 16th…“SHARE A FUNNY MEMORY OF YOUR MATERNAL GRANDFATHER”.

As I remember him, our maternal grandfather, Clarence Sletten, was a tall, quiet man.  His silver coiffure was that classic hairstyle of the early 1900’s which equated to combing the hair straight back over the top of his head.  These are my initial perceptions of the grandfather I saw more often in my childhood than I saw my Dad’s dad.  I suppose we visited my maternal grandparents more often due to the old adage that goes like this: “A son is a son, till he takes a wife, but a daughter is a daughter for the rest of your life”.   Our sweet mother, Clarice, naturally enjoyed being near her mother for visiting and helping her parents in their senior years.  Therefore, when our trustworthy 1956 Chevy was loaded with our family, it would be turned left out of our driveway and heading towards Albert Lea, Minnesota more often than turning right out of the driveway and towards our paternal grandparents who lived in Lake Mills, Iowa.

Like a mini-hotrod, my little boy engine was always purring and ready to zoom from point A to point B.  I remember running everywhere, even if it was just across the room to change the channel on our old “Zenith” black and white television.  Grandpa Sletten, on the other hand, only walked.  And even when he walked, it was at a slow gait.  Being the inquisitive, tiny jabber-box that I was, I would often ask my parents, “Why don’t Grandma and Grandpa run????”  My parents would look down at me and giggle at my innocent ignorance of the seasons of life and try to inform me of what happens to the body of a person who gets old, but I was still in a fog.  “What’s OLD??”, I would question in return, to which they’d just smile and shake their head.

The scene fast forwards to the late 1960’s and Grandfather Sletten travels out to Washington State for a visit to many of his progeny that now live in the Vancouver, Washington area.  Easily in his mid 70’s now, his gait is even slower than it was in my little scalawag days back in Minnesota.  It’s Independence Day and our family has gathered for some private fireworks and holiday picnics in someone’s backyard.  The day has ebbed into night and we’re now going to have our own personal fireworks show to celebrate our nations freedoms. 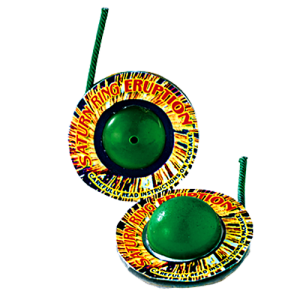 One of the sparkling, whooshing items that evening was a “ground spinner” that SHOULD have spun in a circle as it lifted vertically off the ground.  But did it go straight up?  NOOOOOOO!!!!

That contraption seemed possessed by the mean little “fireworks fairy” and, as it spun, it navigated in a bee line right for Grandpa Clarence!!  In the blink of an eye, Clarence showed everyone that night that a Grandpa CAN run!!!  And he DID!!!  That lanky old Norwegian body took off like a shot out of a hot cannon.  We all laughed till we busted a gut and were breathless.  And, come to think of it, HE was pretty breathless, too!!  So was one of the fun times of this Norwegian Farmer’s Son.