June 10th…“WHAT WAS THE MOST UNIQUE JOB YOU EVER GOT PAID TO DO IN YOUR MINNESOTA DAYS?”

A brisk Minnesota wind brought the bleating sound of sheep to my ears as Dad brought our old 1950 Ford pickup to a stop in the yard of our next door farm neighbor, Louie Heitzeg.  The Heitzeg family lived on a spacious farm just to the north of our home place.  At my budding age of 12 years (in 1966), Louie was about to hire me to assist him in the shearing of his flock of sheep.  I was thrilled to make a few dollars of my own and even more intrigued by the process of this major haircut that was about to take place on these wobbly woolies that were gathered in his very large barn.  I had a deep respect and almost brotherly admiration for Mr. Heitzeg.  You see, this dear man is EXACTLY 20 years my senior, having also been born on January 14th; only he was born in 1934 and I was new to the world in 1954.  Without fail, every year, Louie’s beautiful wife Barbara, would get me a birthday card and often times the both of them would stop by our home to see that his little “birthday brother” would be made to feel special on OUR common, shared day of birth.

I’ll bet the sheep actually appreciated the shearing that they were about to receive.  Their thick coat of wool must have made them unbearably hot in the Muggy Minnesota Summer.  Besides, for the Heitzeg family, this was another form of income to be earned in their farming business by selling that wool at a nearby market that would buy those type of goods.  Every dollar this good man of the soil could earn helped in maintaining their farming lifestyle on that handsome acreage that was handed down to them over the generations since their family came from Germany long ago.

Louie was a gentle teacher in this new adventure for me in learning to deal with wool.  The fragrance of sheep was in the air as we walked into their giant barn and he began to acquaint me with what was going to happen.  Louie shared that as he would use his electric shears to cut the wool from the sheep’s body,  I was to stand by to pack the wool into a wooden device that was a baler, of sorts.  I recall the contraption was made out of wood and was flat on the ground.  Kinda like a cardboard box that had been split at the corners and laid flat out on the floor.  Each of those hinged sides had two slits cut into it that would allow baling twine (cut to certain lengths) to be threaded through the slits and, when finished doing the set up, those twines lay in a double crisscross pattern.

When each sheep had been shorn clean of their wool, it was now my turn to bend over to gather that soft mass of wool in my arms and place it on top of that flat, wooden baler.  After a couple masses of wool had been placed on the baler, it was now my responsibility to bring up the hinged sides of this device to squeeze the soft mound of wool down into the box that now took form by the folding up of those wooden sides.  I seem to recall a small latch hook was clicked into an eye screw to hold the hinged box together against the pressure of that wool for the next baling procedure.  Now, I’d pull up the lengths of baling twine, that were waiting in the slots, and tied them off tight at the top of the bale.  With bale of wool completed, I could now release the hook latch to allow the hinged wooden “box” to fall back flat to the floor of the barn, ready for the next batch of wool. 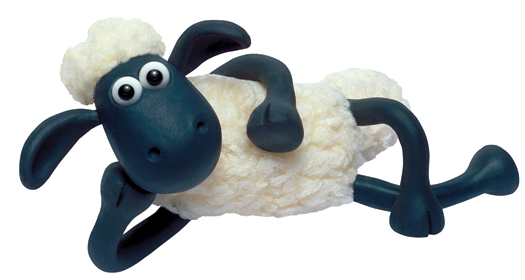 What really was imprinted in my memory, that day, was the learning that wool contains lanolin.  Lanolin is used in so many products, like cosmetics, pharmacy products, skin care, etc..  One thing about this substance is that it is slippery, oily and almost of a fatty nature.  Over time, that day, after handling so much wool, I had acquired a lot of lanolin that was transferred to my hands.  So much so, that I could hardly grip the twines to tie off each bale.  I tried to wipe off the excess on my jeans, but it just made them slippery too.   Overall, though, I truly enjoyed earning some money, being with my birthday twin, and learning some new things for this Norwegian Farmer’s Son.