May 29th…“WHAT ARE YOUR THOUGHTS OF AND HOW DO YOU OBSERVE THE HOLIDAY KNOWN AS MEMORIAL DAY?”

It took 43 years of living in the Pacific Northwest before I finally grasped the opportunity to enter and visit the Fort Vancouver Barracks Post Cemetery (in Vancouver, Washington) on a Memorial Day weekend.  I had driven past this historical site many times over the years, but the “tyranny of the urgent” usually kept the car rolling towards another destination.  Unlike today’s holiday, the gates to this venue of veteran’s graves are normally closed to the public for most of the year to protect these hallowed grounds from unwanted scoundrels who would cause harm to these honored 1,400 monuments to the lives of soldiers and their families who have served so gallantly in our nation’s military past.  I’ve read that this cemetery resembles “Arlington National Cemetery” (located in the State of Virginia), in that it has white, above ground markers where most cemeteries , in today’s modern world, prefer flat grave marker stones to make it easier for landscaping crews to mow and trim the lawns.

I discovered that there are four servicemen buried here that were recipients of The Congressional Medal Of Honor.  I had the pleasure of locating three of those four headstones that day on my visit.  Their white marble headstones are specially honored  with a gold emblazonment of a star to bring glory to their special place in our country’s memory.  Upon one of those Medal Of Honor graves, someone had paid homage by leaving a photograph of that soldier leaning against his headstone with flowers and a blue ribbon gracing the photograph.  Very poignant and touching.

Having parked at the back of this patriotically decorated acreage, I slowly and meditatively strolled up and down the rows of grave markers and gave thanks to God for each soldier who served our nation from the Indian Wars on up to the present day.

Thanks to local Boy Scout troops, each grave was bedecked with a handsome American flag.  These small banners of Liberty were lovely, and symbolically, were a thought-provoking sight in themselves.   Suddenly, as if summoned forth from the treasuries of Heaven, a stiff wind blew briskly through the graveyard and brought each of the miniature “Old Glory” flags to a sharp and horizontal type of “salute”.  I mused within myself that each eternally quieted soul beneath this sod was being saluted for his service to this fine nation of ours.  Even above the din of the nearby freeway, these white marble sentinels were silently, but distinctly, lauded as all those American flags across over a thousand graves were now “alive” with praise, in their crisp, whispered flutters for what each soldier had accomplished in military service, in both his daily duties of soldiering to valiantly conducting himself on the field of battle against our foes.

Having paid tribute to the local patriots in the Vancouver Barracks Post Cemetery, I then traveled eastward to Evergreen Memorial Gardens Cemetery (there in Vancouver, Washington) honor my own family’s serviceman, my Uncle Robert S. Sletten.   Uncle Bob, who is buried near our father’s grave, served in the United States Army Tank Corp in the European Theater of Operations during World War II.  As I pondered upon his life, I recalled Uncle Bob telling of how he had found an accordion in a bombed out house in France.  After the war had ended, Bob brought that accordion back to the United States with him and learned to play it quite well.  As a boy, I remember him entertaining our family with a song or two at family picnics.  Our mother’s other brother, Del, was an infantryman in the United States Army and was stationed in Italy.  Uncle Del’s Division fought valiantly in the mountain warfare against the Germans and had even won the Presidential Unit Citation Award for gallantry under fire.  Uncle Del’s place of rest is at a cemetery in our Home State of Minnesota.  God, in His mercy, brought both of our uncles back safely from that war to live out long lives and enjoy seeing families grow up as well.  Even though both of these family soldiers now reside in Heaven, on every Memorial Day they receive their due honors from this Norwegian Farmer’s Son. 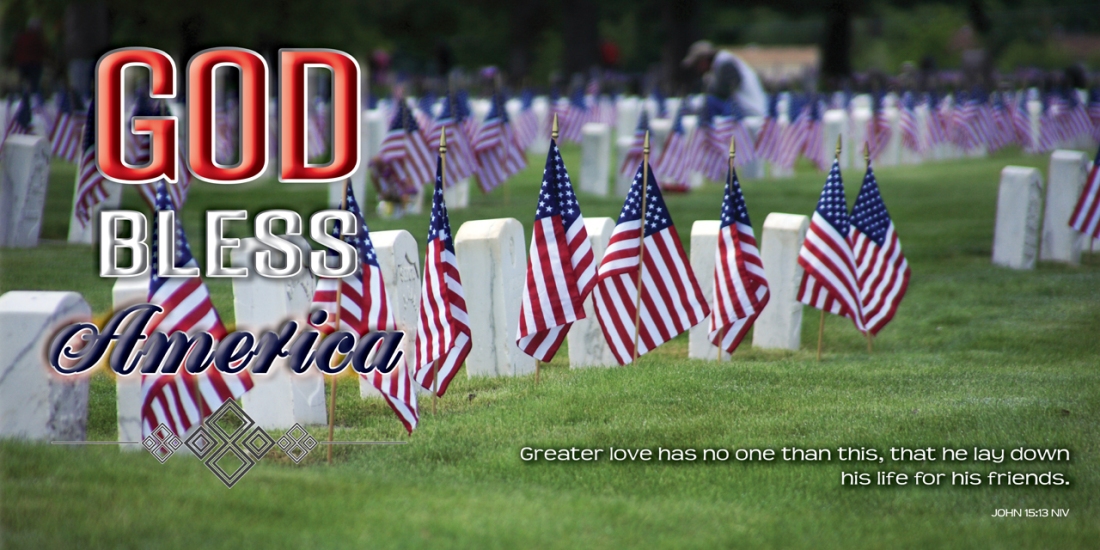